Club Vistalagos is fully committed to the conservation of the Laguna de Apoyo.

We have a program of reforestation of the area and have to date planted tens of thousands of saplings of indigenous species.

We have covenanted a vast area of the ladera to remain as virgin forest which may never be built on.

We have also reserved large tracts of land outside the crater as “green areas” where indigenous fauna and flora may flourish.

Cattle are now banned from the whole Club Vistalagos project. Previously cattle were driven down to the lake to drink, at which time they would foul the water.

Fires and firearms are strictly forbidden in the area. Previously great damage was done to the ladera when fires were set by lizard hunters.

We are installing drainage works to stop the erosion of the ladera by rainwater.

Club Vistalagos will use renewable energy sources wherever possible & will encourage home builders to do likewise.

We have a strict building code, based on international best conservation practice which will ensure that the natural beauty of the shoreline is preserved for all.

To preserve the pristine quality of the water in the Laguna no boats with gasoline engines will be allowed to moor at the Club Vistalagos dock.

The Environmental Information room in the Clubhouse will display information on the local flora & fauna, including steps visitors may take to help preserve them. 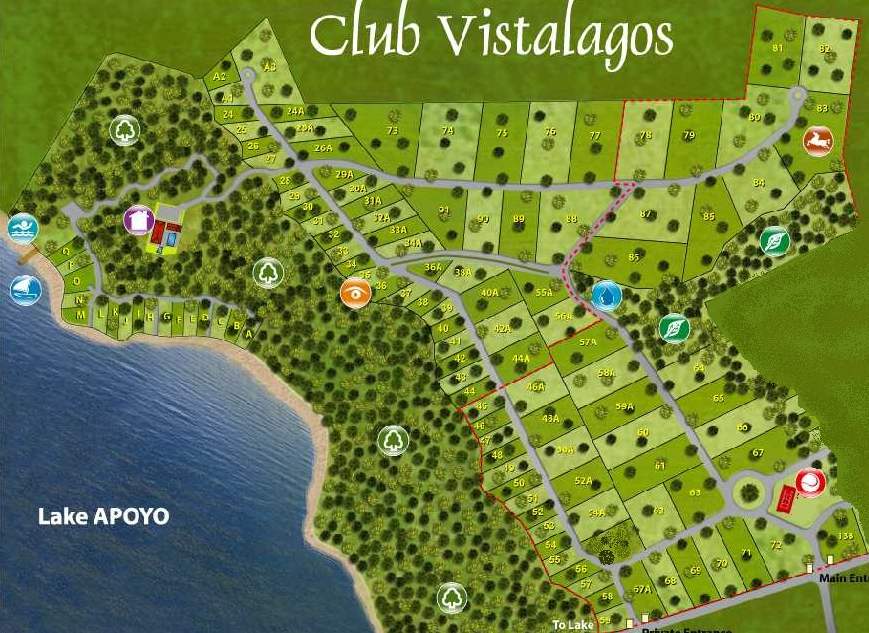